With a short time window, this 5 day trip to Southern Utah and the Arizona Strip was hectic but very worthwhile.

Heading west on I-70, I was just in time to catch sunset on the Fisher towers, framed by the snow-covered La Sal mountains. 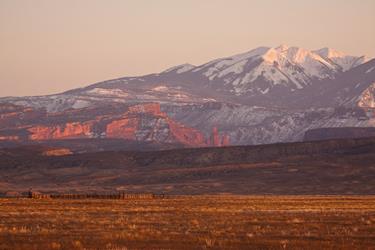 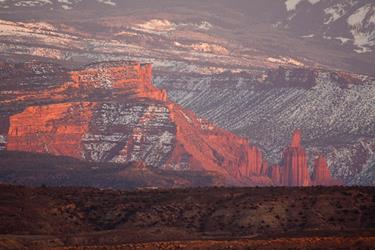 After spending the night camped in the San Raphael Swell, I arrived at Cedar Breaks National Monument at noon of Day 2. It had been almost 30 years since my last visit there, but I remembered the brilliant red hoodoos contrasting with the snow.

It’s a quick 4 mile ski along the road from the south entrance to the Visitor Center and main viewing area. The views were just as I remembered them. 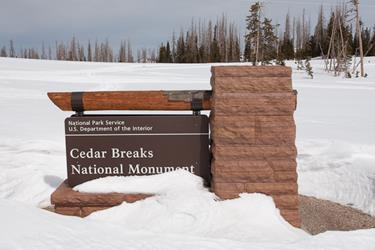 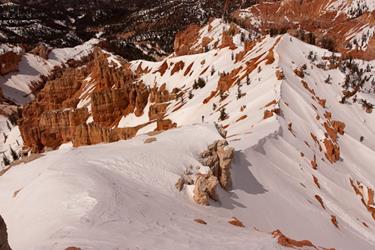 After skiing back to the truck it was on to the Kanab area and the Arizona Strip. My goal was to obtain a permit to hike into Coyote Buttes South. Much less popular than the North end (home to the “Wave”), you still need a permit to enter the area. Early on Day 3 I was at the BLM Visitor Center to apply for a permit, along with 80 people hoping to get one of the 10 spots available to walk-ins each day for the Northern area. It was quite a zoo, but it was no problem getting a permit for the following day for the southern area, partly because the area is less-well known and partly because it is much more difficult to get there (a high clearance 4-wheel drive is mandatory).

After picking up the permit I headed over to Big Water and drove to the trailhead for the Wahweap Hoodoos. I’ve visited this area a couple of times previously, but it is one of my favorite areas to photograph so the long walk, 8 miles round trip with lots of wading through the creek, was no problem.

The white hoodoos always amaze me. 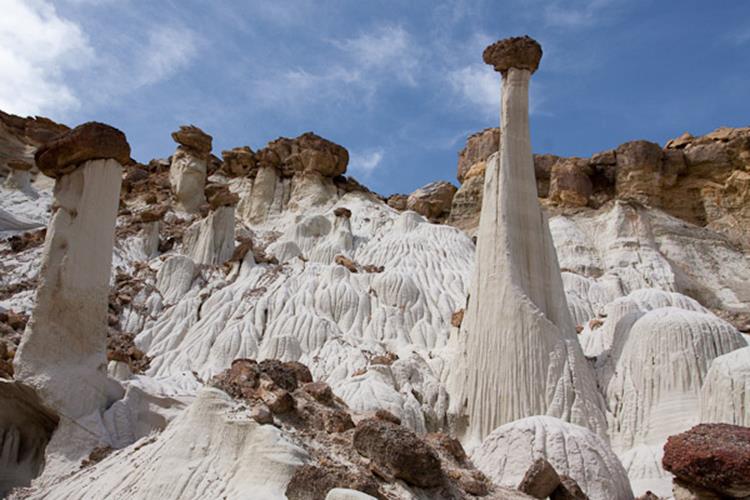 After the long walk out I headed to the South Coyote Buttes Trailhead, a rough drive with one section of steep road with deep sand that I barely made.

Arriving just in time for sunset, since my permit was for the following day I had to be content with views from the road. 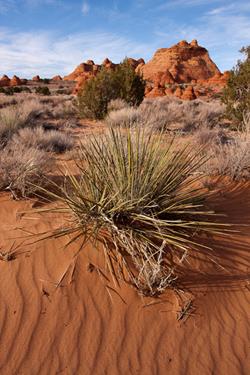 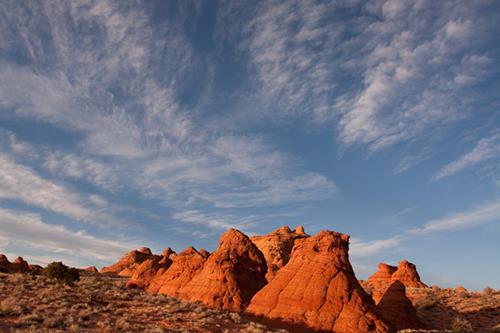 The next morning a storm was rolling in, which made hiking and photographing conditions difficult. I was almost wishing I had goggles with me.

The challenging conditions limited the photography, but I was able to explore the area for a few hours – enough to know that I’ll return. Some of the rock formations are quite unique. 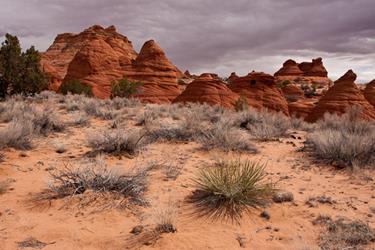 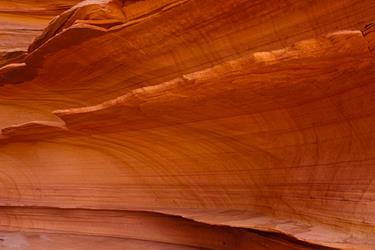 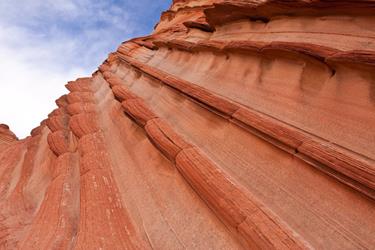 Still recovering from being sand-blasted, I headed back to the highway and drove to the BLM office in Big Water. With the storm still developing, I felt that there was a good chance of capturing some spectacular lighting conditions at Lake Powell. The BLM ranger suggested Alstrom Point, a remote area on the north side of Lake Powell, accessed by 24 miles of dirt roads. The problem was that once at Alstrom Point, if it rained or snowed, the road would be impassable for some period of time. Exciting!

The drive to Alstrom Point was stunning, with the approaching storm creating lighting reminiscent of a moonscape (I imagine). 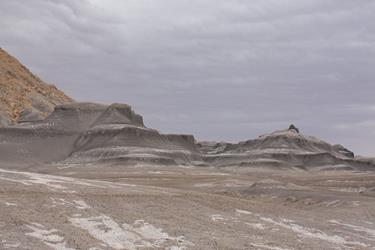 After an interesting and long drive, I arrived at Alstrom Point just in time to catch some of those light conditions I’d hoped for. Whart a spot! 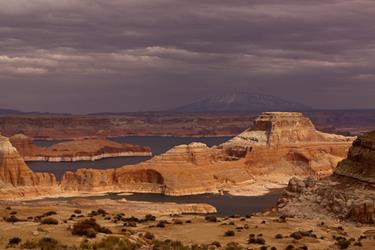 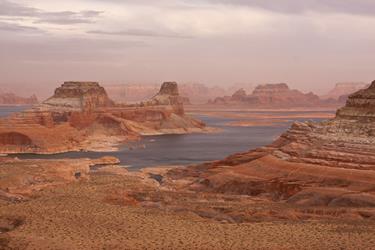 As the storm moved in the winds intensified to the point that I couldn’t stand up. A rough night followed, but by morning the skies were clear and the wind was calm.

The views were the kind you see on tourism brochures.

Also, the roads were still driveable. On the way out the scenery was quite different from the previous day. 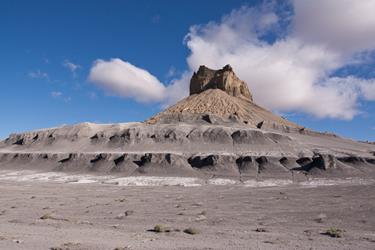 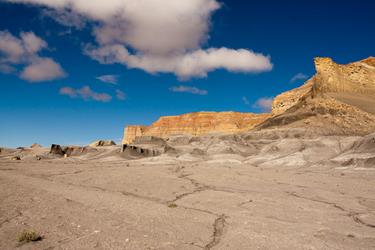 One unique feature that I’d missed on the way in was this improbable balanced rock. 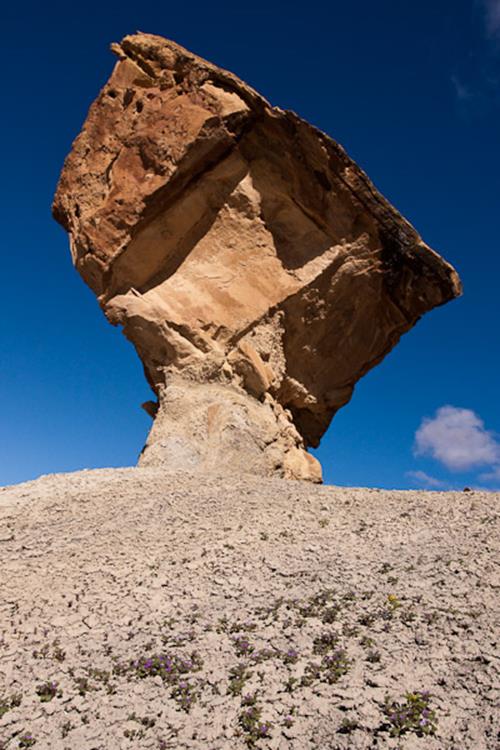 Still early in the morning, I headed over to Page and was able to sign up for a photography tour of the famous Antelope Canyon. Since the ideal lighting conditions only exixt for a few minutes, it is essential to get on the 11:30 am tour – otherwise you will see only mediocre conditions. The experience more than lived up to expectations, even with all of the people there. The Navajo guides (only guided tours are allowed) did an excellent job of moving people around and allowing everyone to get their photos. 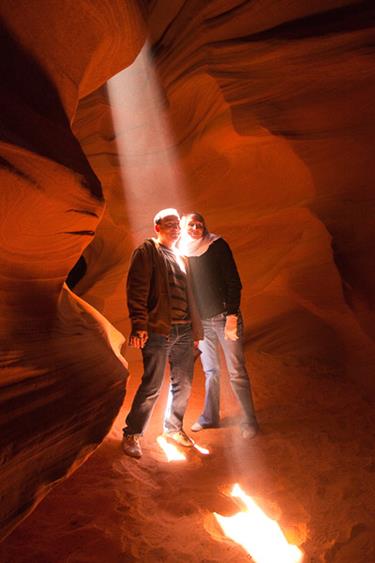 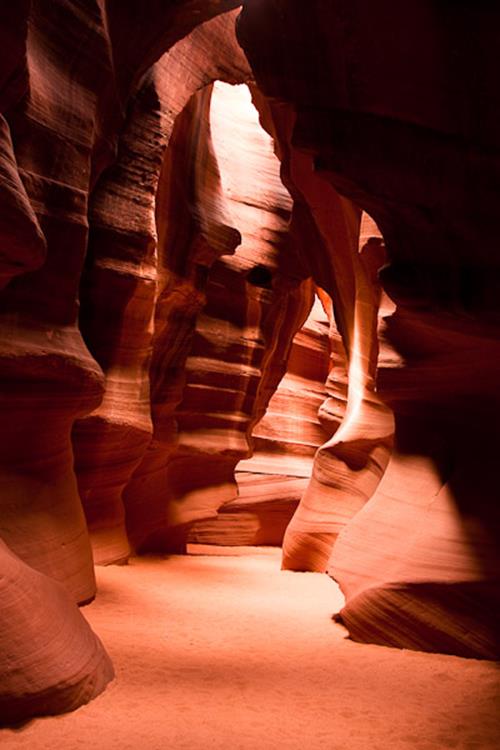 The beams of light that make the canyon so spectacular are highlighted by the sand, filtering down from above. This makes it a tough environment for cameras. A plastic bag to cover as much as possible of the camera is a really good idea. Also a hooded jacket to keep some of the sand off your head.

The end of the trip, but not before catching some dramatic light in Monument Valley. Quite a trip. 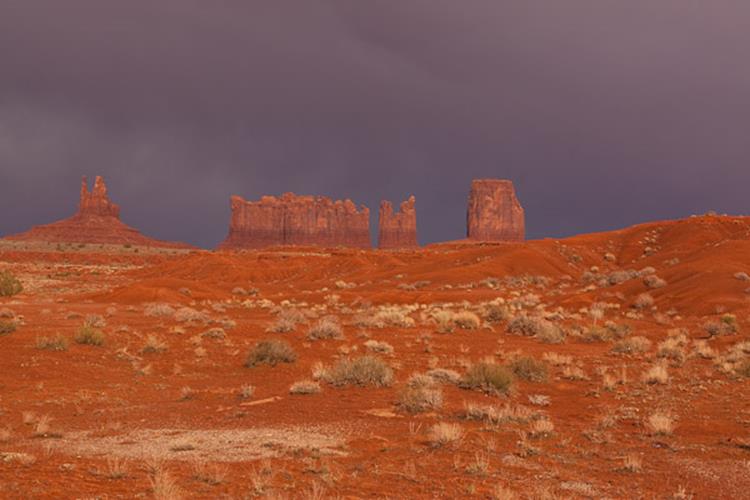