My old friend Charlie talked me into heading to Nevada to climb what I thought was a rather obscure peak – Mount Grafton (10,990 ft). It was going to be another list finisher for him (Las Vegas Mountaineers list?). It turns out that it is a quite prominent peak. One website suggests that Grafton is the highest peak on BLM land in the US.

Mount Grafton was an easy hike but the thousands of feet of loose quartzite talus turned out to be quite tedious and rather hard on these old knees. Luckily the hike was very scenic as the aspen were at their peak and we had excellent views of the surrounding landscape.

After Grafton we decided to head to close-by Wheeler Peak, the high point of Great Basin National Park, which I had never climbed but had driven by on several occasions. Of course Charlie had climbed the peak on several prior trips.

The weather was bad so we waited a day to climb the peak. This gave me the chance to visit the Lehman Caves which were quite spectacular. I also had time to photograph the amazing fall foliage in the park, some of the best I’ve seen out west.

When we climbed Wheeler the next day the summit was still shrouded in cloud, which made for dramatic lighting.

To see images from this trip, click on the photo below. 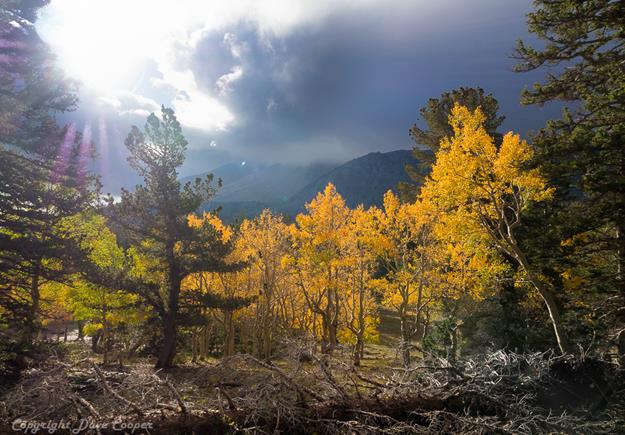